I remember finding out about this show last year, but I was apprehensive about doing a show that ended at 3am, I thought I’d have a hard time staying awake. It wasn’t so bad. I was in the first row called ‘Star Alley’. Our little area was pretty packed the entire night. Sales were pretty slow till about midnight, I think that’s when my people started filtering in. A few originals got new homes. I even saw the manager from my old day job, I know he was pretty surprised to see me. 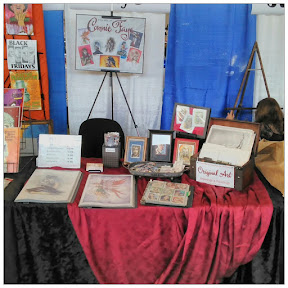 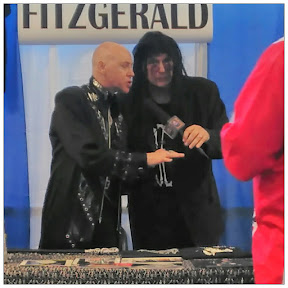 SATURDAY AUG 15th. 3pm – 3am $7.00 Admission. I will be there peddlin' my arts. Come out, it should be a fun time. #art #allnightfleamarket #zurko #artistsoninstagram #comeseeme #buymyart

I was up till 530a painting, got back up at 830a to resume, and finished around noon. I will be at Flashback Weekend starting tomorrow, I will have print with me!

Today was their big release day. One of mine has already shown up on feebay. I’ve updated my sketch card gallery, you can see how they looked before they were cut to size.

If all goes as planned *crosses fingers* these two should on their way back to me. Quick peek at my desk tonight… Working hard to finish the painting on or before Thursday. I may pull an all nighter tomorrow to try and get it done. Still need to come up with a title for it. 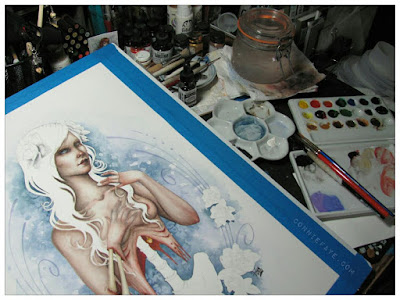